Clerk of the Circuit Court

PLEASE NOTE: OUR OFFICE WILL BE CLOSED ON DECEMBER 8, 2022 FROM 12:45 PM TO 2:00 PM FOR THE NEW COURTHOUSE GROUNDBREAKING CEREMONY 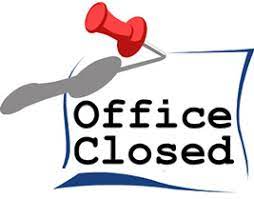 "I know of no safe depository of the ultimate powers of society but the people themselves."

Thomas Jefferson believed deeply that government works best when it is close to the people and ultimately responsible to them through the ballot box. In Virginia, the public elects not just its local, state and federal representatives but also its constitutional officers, so named because their offices are specifically established by the Constitution of Virginia. This system dates back to the earliest days of the nation and is based on the presumption that the most important services of government should be made directly accountable to the citizens by popular vote.

Clerk of the Circuit Court

The office of the Clerk of the Circuit Court dates from 1619. From those early days until the present, the Clerk’s duties have changed significantly, but the office remains vitally important to the residents of each county and city.

The Code of Virginia lists over 800 separate responsibilities for the Clerk, many of which are highly complex and challenging. The Clerk serves as the recorder of deeds and probate judge, issues marriage licenses and is the official court administrator for all civil and criminal court cases. In this latter capacity, the Clerk creates and maintains all court files and records, prepares court orders and jury lists, contacts jurors and issues summons and court processes.

Circuit Court Clerks in Virginia perform duties that in many states are divided among three or four separate offices. In keeping with tradition, therefore, Virginia has saved its citizens significant tax dollars by combining judicial and administrative functions into a single office.